A few weeks ago, I commented on one of Eye of Polyphemus posts called Bill Maher's Mistakes About American Thinking and ended up engaging in a discussion with a liberal blogger named Project Savior.

Project Savior's Comment:
Ok, I have to ask.
In what part of the interview you posted does Maher say anything against Christians?
But as far as the dumb Americans comment how about these examples:

Maher is trying to have it both ways. Although, I agree that anyone that voted for Obama must be either stupid or have been completely oblivious during the presidential election.

Project Savior,
Did you think people that protested against the Iraq War were dumb?

Or Libs that protest outside of military funerals?

First, Obama could lay the birthers' concerns all to rest by releasing his long-form birth certificate to the public. He has NOT done so. Even Lou Dobbs says that should happen. Believe me I know from my own personal experience with bureaucrats that a certificate of live birth is not the same as a birth certificate.

By the way if they were really tea-baggers you would probably be cheering all the homosexuals on for their freedom of expression.
Just go ahead and believe everything you hear and go along with the status quo regarding with regard to evolution and climate change even though the facts support the opposite position.
The Tea Party attendees are protesting this outrageous govt. spending that is going on in Washington.

First, he is highly mistaken that Fred Phelp's group is conservative or in any way Christian. These are kooks and very much outside of the mainstream.

In fact Fred Phelps of Westboro Baptist Church is a Registered Democrat-NOT A REPUBLICAN
And to me, in today's day and age for the most part I consider Liberal and Democrat are synonymous with one another.

2)Phelps supported Al Gore in the 1988 Democratic Party primary election.
3)In 1989, his eldest son, Fred Jr., hosted a fundraiser for Gore's Senate campaign at his home.
Later on Phelps ended up opposing Al Gore, Bill Clinton, and Hillary Clinton due to their support for gay rights.

Fred Phelps, registered Democrat, organizer of Democratic activities and fund-raiser for Al Gore and Bill Clinton, also criticized the invasion of Iraq, sent a warm letter to Saddam Hussein full of compliments for his regime while asking for (and receiving) permission to send protesters against the coming Iraq invasion, and he claimed that the U.S. deserved September 11th (and that London deserved the recent bombings). In 2003, before the fall of Saddam Hussein during the Iraq War, Phelps wrote Hussein a letter praising his regime for being, in his opinion, "the only Muslim state that allows the Gospel of our Lord Jesus Christ to be freely and openly preached on the streets."

In Project Savior's deranged mind, he equates actors and actresses being cast in movies that have guns in them, as being pro-gun. Using his example - he thinks actresses/actors playing roles in The Matrix means that these actors/actresses are pro-gun because they played in the movie, The Matrix.

Here is a list of actors/actresses that are Anti-Gun per Gun Owners of America,

And, Project Savior says Hollywood is
not Anti-gun, or Pro-gun - NOT TRUE!!

Just take a look at the list and see the numerous number of Hollywood actors/actresses who play roles in movies that include guns but are in fact ANTI-GUN!!!!!! 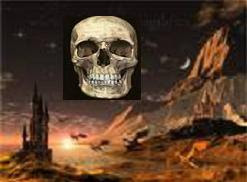 I would challenge Hollywood's anti-gun elitisit to turn down and movie script that involves the use of firearms or firearms props. No Saving Ryan's Privates for Damon, no Pulp Fiction for Uma, no Austin Powers for Myers, no Thelma and Louise for Sarandon.

I was sad you did not email me Teresa. I was and am still prepared to help you but I can only assume you have either attended the funeral or decided not to go, assuming the funeral has happened. I was disappointed you did this but not at all upset, just wish I could have helped.

Keep up the good work and if for any reason you still need help with this, I am here for you. God Bless.

Whew...I was kinda concerned that maybe Hugh Jackman was on that list. I'm relieved!

Next time I have to deal with a lib, I'm gonna sic you on them, Teresa!

Bats R,Throws R,
The actors/actresses will do movies to make money and throw their anti-gun beliefs right out the window. There isn't much in Hollywood that ever amazes me anymore.

Eman,
I love standing up for my beliefs and expressing my free speech.

I actually did email you. Maybe I got the _ wrong in the address. I don't know. I really appreciate your most generous offer. I did attend the funeral and glad that I did. I would have regretted not attending. I was able to see a lot of friends I hadn't seen in awhile. Thanks and God Bless.

Blackandgold,
I'll be glad to join in to fight against a Lib anytime you need me. I love standing up for ethics, principles, and freedom. And setting the record straight.

First, he is highly mistaken that Fred Phelp's group is conservative or in any way Christian. These are kooks and very much outside of the mainstream.

Read the post, I said I can understand if conservatives, (and certainly Christians) would want to distance themselves from these kooks. But they are certainly not liberals.
I agree with you that they are kooks and very much outside the mainstream. So don't try and pin them on progressives.
I took offense to trying to imply that I (or anyone in their right mind) would support those kooks.

BTW: Nice photochoping of my icon into the fantasy landscape.

Teresa, looks like you are busy fighting the good fight. Sorry these libs are bothering you, but you gotta understand. They see our power now. And they know they are cornered. Keep on BLOGGING!!!!!

Hey Teresa, looks like you´ve got your hands full over here. I´ll have to swing by more often and take a look now that I know where you are.

Project Savior,
I pointed out that Phelps is a registered Democrat. And to be a Democrat nowadays you must either be a liberal or willing to support liberal(Progressive Policies). So, There's not much of a difference there.

Yes. I did see your statement "I can understand if conservatives, (and certainly Christians) would want to distance themselves from these kooks."
You implied that they were conservative and Christian in the traditional sense. They are kooks and have a lot of bigotry and hatred towards different Christian sects/denominations, as well as Jews. They aren't even close to being Christian. In Fact, They are more in line with liberal views than conservative views.
I NEVER said, YOU specifically support these kooks. I can see how you would want to distance yourself from them, though-YOU BEING A DEMOCRAT?

OPie,
Yep, All of us Patriots will keep up the good fight against these Libs.

Mike,
Thanks for stopping by and commenting. I will definitely be stopping by your blog more often.

As the song goes, "This Could Be the Start of Something Big"

Conservative,
Thanks for stopping by and commenting. I hope that this could be the start of something big. A big comeback for conservatives.

I've heard of the scumbag before, and he's even had some nasty things to say about Australia, but i had no idea he was a democrat, no wonder the media weren't breathlessly smearing Christians when they were covering him and didn't mention it.

Thanks for letting us know.

MK,
The media covers up for anyone who is a Democrat. Unfortunately, one of their specialties are being hypocrites.