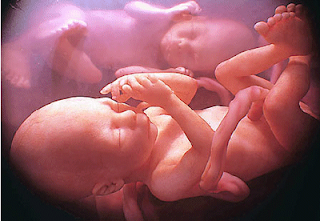 When President Obama promised in his inaugural address to “restore science to its rightful place,” he never explained what that rightful place would be. Documents recently released in connection with the Supreme Court nomination of Solicitor General Elena Kagan suggest an answer: wherever it can best be used to skew political debate and judicial outcomes.


The documents involved date from the Clinton White House. They show Miss Kagan’s willingness to manipulate medical science to fit the Democratic party’s political agenda on the hot-button issue of abortion. As such, they reflect poorly on both the author and the president who nominated her to the Supreme Court.

There is no better example of this distortion of science than the language the United States Supreme Court cited in striking down Nebraska’s ban on partial-birth abortion in 2000. This language purported to come from a “select panel” of the American College of Obstetricians and Gynecologists (ACOG), a supposedly nonpartisan physicians’ group. ACOG declared that the partial-birth-abortion procedure “may be the best or most appropriate procedure in a particular circumstance to save the life or preserve the health of a woman.” The Court relied on the ACOG statement as a key example of medical opinion supporting the abortion method.

Years later, when President Bush signed a federal partial-birth-abortion ban (something President Clinton had vetoed), the ACOG official policy statement was front and center in the attack on the legislation. U.S. District Court Judge Richard Kopf, one of the three federal judges that issued orders enjoining the federal ban (later overturned by the Supreme Court), devoted more than 15 pages of his lengthy opinion to ACOG’s policy statement and the integrity of the process that led to it.

Like the Supreme Court majority in the prior dispute over the Nebraska ban, Judge Kopf asserted that the ACOG policy statement was entitled to judicial deference because it was the result of an inscrutable collaborative process among expert medical professionals. “Before and during the task force meeting,” he concluded, “neither ACOG nor the task force members conversed with other individuals or organizations, including congressmen and doctors who provided congressional testimony, concerning the topics addressed” in the ACOG statement.

In other words, what medical science has pronounced, let no court dare question. The problem is that the critical language of the ACOG statement was not drafted by scientists and doctors. Rather, it was inserted into ACOG’s policy statement at the suggestion of then–Clinton White House policy adviser Elena Kagan.

The task force’s initial draft statement did not include the statement that the controversial abortion procedure “might be” the best method “in a particular circumstance.” Instead, it said that the select ACOG panel “could identify no circumstances under which this procedure . . . would be the only option to save the life or preserve the health of the woman.”  CONTINUED
Partial-Birth Abortion Illustrated Video

UPDATE: Mind Numbed Robot gives us great insight into why the GOP must filibuster Kagan.

How much would you like to bet that a large number of Republicans vote to HAVE Kagan seated on the Supreme Court, no matter what they find out about here?

Have you ever noticed that no matter who a Democrat President nominates to the Supreme Court, the Republicans will always vote for them in the end, while the Democrats will always against a Republican nominee?

I hope this makes it into the hearings tomorrow. She will be confirmed, and it makes me sick at heart. Teresa, I linked you in my article on the subject.

Most Rev. Gregori is right. The Republicans always give in at the end, but the Dems fight no matter what.
They say, "elections have consequences". That's true. I think if Obama was trying to replace a conservative judge, the GOP would fight harder (or at least I would hope so).
If Kagan did what the article said she did (and I have no reason to dis-believe it), she is despicable.

It breaks my heart. Why anybody would insist on murdering a viable baby. :-(

This is horrible. That lying witch kagan will be confirmed, and America will be WORSE for it.
We all must pray to GOD that he looks kindly on us good people, and not hold this against us. The killing of babies is worse than sodom & Gomorra.

When Obama explained that science would be placed where it should be and then never explained where that place was, you were given a piece of wisdom from this administration as to how all things would be handled:They will be handled the way we want to handle them when we get around to handling them and if we don't habdle them we will leave them for the next guy because Obama doesn't want to lead, he just likes the perks. This woman he has placed in nomination is making statements that tell us just who she is. She is an Obamaton.

Sorry about the deleted comment. I had to rewrite it.

Teresa:
I just heard on Rush that Senator Hatch asked Kagan about this at the hearing today.
He asked her if she wrote the document. She kept beating around the bush and finally said, "...I have seen the document, and it certainly is in my handwriting."

Amazing and so very forthright.