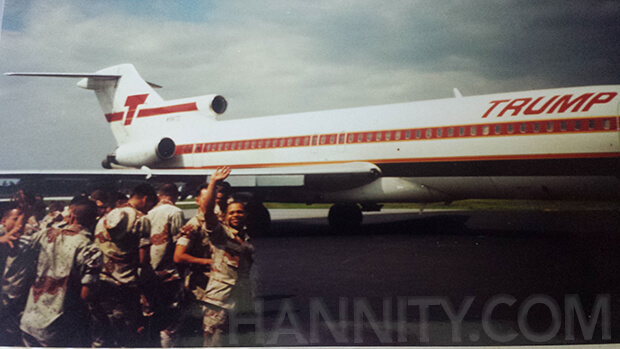 I am hoping that law enforcement across our country learn from this horrible massacre so future attacks can be thwarted to avoid anything like this from happening again.
Posted by Teresa at 6/12/2016 06:33:00 PM 3 comments:

The governors are correct in demanding suspending importing Syrian refugees, temporarily.  Anyone with common sense would know this is the right thing to do in light of the terrorist attacks in Paris.  This is a matter of national security.  Keeping citizens safe in the United States.  This is not a matter of religious bigotry as Obama has assumed.  How dare us care about the persecuted Christians.  Obama surely doesn't act like he cares about the barbarism being committed against Christians by Muslims. By Islamic extremists.

Who actually is Donald Trump?

Donald Trump has flip flopped on a number of issues.  Do you think this is genuine?  Or him just saying it to get elected?

Do you agree with Penn Jilette that Donald Trump is a whackjob?

Do we, does America, need a Trumpinator like Ron Russell says?

We may need a person with brass balls who doesn't care what others think of him and isn't bought off by interest groups.

But I think someone can be brass ballsy without having a lack of self control and without using ad hominem attacks against his rivals.

I will continue to search into who actually is Donald Trump the man.

I do support some of Donald Trump's political positions especially how he is speaking out about immigration to our country.  I just am not sure I know enough about him to pull the lever for him to be president of the USA.

I hope everyone has had a wonderful time celebrating this Independence Day weekend.  I had a good time watching fireworks last night.  I have been working as a home health aide for close to 2 months.  Even though I am still dealing with quite a few health issues - bad pain - I know my faith has given the grace to be able to work. I really like helping people who can't do for themselves.  I have been pretty busy lately.

Both the Obamacare and gay marriage Supreme Court rulings weren't much of a surprise to me.  I was hoping and praying for a different outcome but with the makeup of the Supreme Court I had a feeling the outcome was going to be as it is.  To me it is sad that the persons who makeup the Supreme Court determine the outcome with their opinions or beliefs and not the constitution, which is the bedrock of our country.  I agree with Louie Gohmert when he said that Justices Kagan and Ginsberg did not follow the law due to the impossibility of their impartiality in the gay marriage case when they have performed same-sex marriages.  It should have been a no brainer for those two justices to have seen the obligation according to law for them to recuse themselves from the gay marriage case.

Now amidst the GOP we are having an immigration debate.  We have presidential contender Donald Trump's immigration comments.  Plus we have other presidential candidates like Jeb Bush denouncing Trump's comments.  As of this weekend Trump stands by his comments. It is my belief that we need to secure our border. I would say most who come across the border without the proper paperwork are looking for a better life.

At Conservative Hideout Matt has commented on human history and progressives and cognitive dissonance.

Motor City Times has some good information on immigration and education funding.

Bunkerville informs us a pastor in Ireland faces prison for "grossly offending" Islam and 42 million plus support ISIS.

At The Astute Bloggers Avi Green posted on the how the U.N. human rights council minimizes rocket attacks.

A female patient with a drug resistant form of active Tuberculosis(TB) waited seven weeks to see a medical professional.  She traveled to Missouri and may have infected people.  She traveled to Tennessee and put people at risk of contracting TB.  If she had any of the symptoms of active TB, to name a few such as fever, coughing, hurting to breathe, and chest pains for a few weeks it doesn't make sense for the female patient to wait past three weeks to see a physician. An extra month of infecting people!!!  What the hell is wrong with people today?  The CDC now has to search for those people who may be infected.  Geesh!  People think please think before you act or don't act.  Think about the consequences for both others and yourself. She is now getting treatment at the National Institutes of Health near Washington D.C.

A big thank you goes out to those in the military who have sacrificed so much and those who paid the ultimate sacrifice so that we may be free.  God Bless them and their families. God Bless America!!

I hope everyone had a great time celebrating with family and friends over the holiday weekend.

Pamela Geller has every right to hold a draw Mohammed cartoon contest.  That is the beauty of the United States of America.  Our country has freedom of speech, in the very first amendment.  There were two jihadist Islamists who decided to try and shoot up the draw Mohammed event.  Those two extremist Islamists were totally in the wrong.  Some progressives are blaming Pamela Geller for two radical
Islamists attempting to shoot up her event.  Pamela Geller is NOT in the wrong!!  Not one iota!!!  If Christians can act peacefully when there was anti-Christian "art" piss Christ and Virgin Mary in dung then so should Muslims with the draw Mohammed cartoon contest. As much as a Catholic Christian I am offended, outraged, and appalled by the piss Christ and the Virgin Mary in dung I still believe that the so called art is covered under the first amendment. Yes, cartoon drawings that makes fun of or dishonors Mohammed and disrespects Islam is free speech.  Under the first amendment any person is permitted to draw cartoons of Mohammed and hold a draw Mohammed contest.  We must not let violence committed by criminals determine what is considered free speech and what isn't free speech.  I support Pamela Geller and right to freedom of expression under the first amendment.
Posted by Teresa at 5/08/2015 08:40:00 PM 2 comments:

So Hillary Clinton has announced a run for president, again.  There wasn't much of Hillary in her video announcement.  To me it seemed kinda lame.  Is Hillary the next one in line to be the Democrat nominee, again?  Or will there be another diamond in the rough or anointed one like Barack Obama to derail her plans to be the nominee?
Posted by Teresa at 4/13/2015 12:17:00 PM 5 comments: