The U.S. Supreme Court has unanimously struck down a "buffer zone" law in Massachusetts which restricted where the pro-life advocates could counsel women outside of abortion mills.  The Court ruled that the Massachusetts law violates the First Amendment.


The briefs demonstrated that the Massachusetts law violated the First Amendment rights of 40 Days for Life by establishing a 35-foot “no-pro-life” speech zone outside abortion facilities where no alternatives to abortion could be offered. AUL attorneys argued that the unconstitutional law impermissibly forced pro-life speakers to either “shout or be silent” and effectively prohibited speech by those who engage in personal, direct, and peaceful counseling with women considering abortion.

Importantly, the 2007 law discriminated against peaceful pro-life activists by prohibiting them from “enter[ing] or remain[ing] on a public way or sidewalk adjacent” to a stand-alone abortion facility. But this did not  equally to everyone. Abortion clinic  or agents acting within their  of  were free to enter the “zone” and speak with women including encouraging them to have abortions.

This discriminatory “no-enter zone” only targeted those opposed to abortion and permitted police to arrest and charge any person engaged in pro-life advocacy. Prohibited conduct under the law included speaking, praying, wearing t-shirts, hats, or buttons, displaying signs, leafleting, and making consented approaches with women or others entering the abortion clinic.
The law effectively sought to prohibit all methods of communicating a pro-life message on public sidewalks—a venue which the Supreme Court has called “a prototypical public forum” where the First Amendment is “at its most protected.” 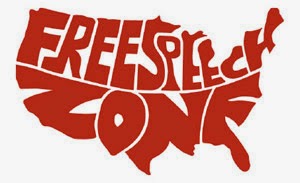 Computer Problems, Horrible Pain, and the Surge of Minor Immigrants

I apologize for my absence from blogging but I had computer problems and my pain has been awful. My medicine only helps the pain a little bit. It is still extreme much of the time so for that reason my blogging may be intermittent but I am going to try to be around the blogosphere as much as possible. More than I have been recently.


Immigration: As an unprecedented wave of undocumented children from Central America spills over our Texas border, a veteran lawmen's organization has declared it an "orchestrated" event. If so, who benefits?
To date, there hasn't been a word from the White House or its agencies urging families in Honduras, Guatemala or El Salvador not to send their children alone through Mexico's merciless badlands infested with cartel criminals to  the U.S. There's some Twitter activity and little else.
But the newspapers and television stations throughout Central America are falsely reporting that amnesty will be theirs if they can just make it through the Mexican obstacle course — and that the time to do it is now.
It doesn't matter that these children are likely to succumb to desert heat, be snatched by vicious human traffickers, forced into prostitution, slavery or the drug trade, or simply murdered as has already happened to thousands, as the white crosses at the border can attest.
Not since the radio  that triggered Rwanda's Tutsi massacres in 1994 has such false information been spread unchecked by authorities who might be able with just their words to make a difference. Continued

Yes, I believe that the Obama administration is culpable at least in part for the sudden massive wave of minor immigrants who are illegally crossing the border.

Two added problems of immigrants crossing the border illegally is gang-related crimes resulting in a rising threat to public safety and deadly diseases such as malaria and Chagas Disease entering the U.S.

Now the big question is how do we handle the enormous number of minor immigrants who have crossed the border illegally?

President Obama, Which Side Are You On?

The Obama administration gives away FIVE HIGH LEVEL TALIBAN JIHADISTS and we get a soldier who went AWOL that in all probability aided the enemy.  What the friggin hell? Obama has either totally lost his mind, is insane, or he willingly gave aid to the people who are killing our soldiers, to the very people our soldiers are fighting, the enemy.  Yes, Andrew C. McCarthy is correct in saying that we need to be focusing on the fact that President Obama has freed five high value Jihadist members of the Taliban and Haqqani network while the Taliban and Haqqani network are still fighting us trying to maim and kill our men and women serving in the Middle East.  Forget about Obama having violated the NDAA's 30 day notice to congress.  That's peanuts compared to him giving away five members of the enemy who want to kill Americans, our soldiers, while we are still at war with them.  The GOP needs to get some cajones, get a backbone, and do what is right for this country. They need to stand up to our lawless President to support and defend  the Constitution of the United States as their oath of office says.

The vital point here is that the president has returned five senior commanders to the Taliban and Haqqani networkwhile those violent jihadist organizations are still conducting offensive attacks against American troops, who are still in harm’s way and still conducting combat operations pursuant to a congressional authorization of military force.These terrorists were not exchanged in connection with a final peace settlement in which it would be appropriate to exchange detainees—after all, if there is no more war, even unlawful enemy combatant prisoners must be released unless they can be charged with crimes.While the president is obviously abandoning the war effort, it has not been fully abandoned yet. The Taliban and Haqqani have not surrendered or settled; they are still working hard to kill our troops. It is thus mind-bogglingly irresponsible for the commander-in-chief to replenish their upper ranks. The reason the laws of war permit enemy combatants to be detained until the conclusion of hostilities is humane: when enemy forces are depleted, they have a greater incentive to surrender, bringing a swifter, less bloody conclusion to the war. By giving the enemy back its most effective commanders, Obama, by contrast, endangers our forces, potentially extends the war, and otherwise makes it far more likely that the war will end on terms injurious to American interests.As I demonstrate in Faithless Execution, high crimes and misdemeanors are not primarily statutory offenses. They are the political wrongs of high public officials—the president, in particular—in whom great public trust is reposed. When the commander-in-chief replenishes the enemy at a time when (a) the enemy is still attacking our forces and (b) the commander-in-chief has hamstrung our forces with unconscionable combat rules-of-engagement that compromise their ability to defend themselves, that is a profound dereliction of duty.That’s what we ought to be outraged about. The chitter-chatter about a 30-day notice requirement is a sideshow. Yes, the president has once again violated a statute. And as I said in yesterday’s column, he undoubtedly did so in order to get the swap done before public and congressional protest could mount. But in the greater scheme of things, that’s a footnote to the real travesty.

What President Obama did is unbelievable! This president is twenty times worse than Carter. President Obama is dangerous for the United States.
Posted by Teresa at 6/05/2014 12:49:00 PM 6 comments: