This is something I don't want to post but need to post.  Pretty much every time I've had health troubles my hubby and I have had financial troubles.  I have been out of work since September due to a number of health issues.  Part of the reason is also due to the fact that the owner and employees of the apartment complex refused/refuses to do anything about the roaches in our building and other maintenance stuff.  After living in the same apartment for 4 years roaches suddenly appeared.  A young guy with his child who lived at the complex for only a few months brought the roaches into our building.  Another tenant saw roaches crawling all over garbage bags as the guy cleaned up before leaving his apartment. Another tenant noticed So we've spent a decent amount on roach traps, bags for the food, dishes, and silverware and other items to try and get rid of the roaches.  Plus the staff made an error on our lease renewal which we were penalized for, which  put us in arrears at least $1000.

There was a court date at the beginning of May.  The office staff told us that if we came up with $2000 then they wouldn't evict us.  It took us a little while to come up with that kind of cash. But ever since we did, my husband has been trying to contact the office staff and the phone reroutes his call, they won't return our messages, and just plain refuse to talk to us.  Recently, we got an eviction notice so we have until Monday to be out of our apartment.

I don't know what we are going to do.  We have two cats that are a part of our family.  They have been my saving grace especially after having my hysterectomy, with the loss of not being able to have children.  I have posted a hat tip jar donation button on the sidebar of the blog.  If there is any advice or donations you are able to give that would most appreciated.

I want to send a big thank you to Opus at American Perspective for her most generous donation. 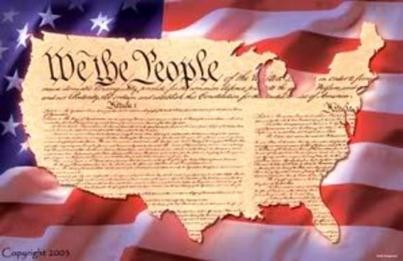 In a piece called Storm Clouds Gathering -- your safety, your freedoms and the Obama White House Judge Andrew Napolitano says:

Wouldn't that mean that Americans' freedom and defense of our nation (safety?) are equally important? Does national defense merit the same level of importance as our freedoms?

I agree that citizens have no guarantee of safety by the government. But there are ways that our government can reduce the amount of risk posed to the citizenry as much as possible by using certain laws and advancements in technology to counteract threats to our country.

I totally agree that we had no business in Libya.  There was no declaration of war so President Obama clearly crossed the line, neglecting his constitutional duty, abused his authority and power by refusing to follow the Constitution by not declaring war on Libya.

The President is the Commander-in-Chief. He commands the military and is in charge of national security and foreign policy.  Disagreeing with a president's foreign policy agenda doesn't mean that his actions are unconstitutional.  Just because you may disagree with United States intervention in certain countries, or authorizing certain wars doesn't mean that the president's policies are unconstitutional or that he abused his powers.

Here are the three powers from the Patriot Act in question:

One is roving wiretaps, which criminal investigators have been using for years so that they don’t need to get a new court order every time a suspect changes phones. Another is the business records provision — the Left sometimes calls it the “library records” provision even though library records are not mentioned in it — which simply allows national-security agents to collect information on terrorist suspects almost (but not quite) as easily as criminal investigators can. And finally, there is the “lone wolf” law (not part of the original Patriot Act but now tied to it), which allows agents to go after someone as to whom the evidence that he is a terrorist is strong but the evidence that he is tied to a known terrorist organization is weak.

Do these three provisions violate our constitutional rights?  If so, how?

Why pit parts of the Constitution against one another?  Why not have a balanced approach between national security and our freedoms?

Remembering Our Soldiers on Memorial Day

It is awesome to see Rep. Mike Kelly giving the outgoing IRS Commissioner a taste of his own medicine.


Rep. Kelly thank you for standing up for the American people against the political chicanery being committed by an out of control and too powerful government.
Posted by Teresa at 5/18/2013 06:23:00 PM 6 comments:

In May of 2014 Kiefer Sutherland will return as "Jack Bauer" in a '24' TV miniseries on Fox. This is awesome!!! So sweet!! '24' is probably my favorite TV series and I have missed seeing it since '24' went off the air. Looks like Fox will have a fantastic lineup of TV shows next year.  Both new and returning shows. I look forward to watching many of these shows. YEA! I am totally psyched about '24' returning to TV.

The Obama administration has blocked every effort to find out what happened on Sept 11 in Benghazi, why four American diplomats lost their lives that day. Why was additional security denied prior to Sept. 11? Why was help denied at the beginning of the terrorist attack on Sept. 11, 2012 when there were people ready to assist the diplomats in the fight? This is unconscionable!!! This is at the best incompetence. Every family member of these four victims deserve some honest answers as to what happened in the breakdown of security during the last hours of their family members lives in Benghazi on September 11.

Quick Links -- Bunni Has Passed Away - God Rest Her Soul

I haven't been feeling so well lately.  I've been experiencing some pretty extreme pain and my shakes or shakiness in my arms and hands has gotten worse, and its just been harder for me to think lately so I'm going to post some links.

The Camp Of The Saints -- Howie Putz and the New Math

Sentry Journal -- Democrats are getting nervous about 42 percent ...


Here is a prayer for the dead, for Bunni who passed away at the beginning of the week.

God our Father, Your power brings us to birth, Your providence guides our lives, and by Your command we return to dust.Lord, those who die still live in Your presence, their lives change but do not end. I pray in hope for my family, relatives and friends, and for all the dead known to You alone. In company with Christ, Who died and now lives, may they rejoice in Your kingdom, where all our tears are wiped away. Unite us together again in one family, to sing Your praise forever and ever.Amen.

In honor of Bunni here is a funny cat video.


In honor of Bunni here is a video of baby white tiger cubs.