Pamela Geller and the group she created, the American Freedom Defense Initiative (AFDI), has posted more billboards quoting the intolerant things that Muslim leaders have said. Linda Sarsour isn't outraged at the quotes but at the billboards being put up which are exposing the quotes made by Islamist leaders. Linda Sarsour says that Pamela Geller is dividing Muslims... ummmm... I guess the Islamist supremacist Linda Sarsour doesn't like being divided from her jihadist brethren. I would hate to be lumped in with murderous bastards but I guess if Linda Sarsour really feels camaraderie with violent Islamic jihadists that means she doesn't want to be associated with the peaceful Muslims and non-Muslims. I guess that what Sarsour considers to be "Islamaphobic" and "hateful". If exposing the reality of violent, intolerant Islamic supremacists is considered "hate" or "Islamaphobic" by those who want to stand with Islamic violent thugs then I am proud to be called "Islamaphobic" or "hateful" by the blind supporters of jihadists and the jihadists themselves. Damn straight, I am against people killing others in the name of their religion and hate that they are killing peaceful non-Muslims and Muslims.

The Democrats have been in control in Congress since 2006 and now we have 4X as many people on food stamps because of Democrat policies, yet people voted for Democrats. Why?!? It doesn't make sense.

Racist Libertarians Have No Place In Modern Conservative Movement

I know that I haven't been around lately and would like to explain.... With each day I have been feeling more tired and weaker. This probably has everything to do with a medical issue that I found out about recently. My red blood cells are too big, don't divide and multiply like they should. My PCP thought it was due to my B12 deficiency but now my B12 levels are good but still have the red blood cell problem. This may mean my body isn't receiving the necessary oxygen that it should be. I am supposed to be seeing the hematologist to figure out what's going on. For now I'm waiting for a call back while they review my blood results.

Here is another truth, this time from Viktor Frankl, a man who survived Auschwitz: “He who has a why to live for can bear almost any how.” The how, of course, is suffering, and Americans are suffering today, particularly lower-income Americans.
But how, how are they suffering? Are lower-income Americans enduring more physical hardship than the same group of Americans 100 or 200 years ago?
We all know the old saying, “If you don’t have your health, you don’t have anything.” Are Americans worse off today from the standpoint of health? No, we are not. We are living longer than ever with drugs and devices that keep us going in spite of ourselves, sometimes.
How about material health? Objectively speaking, thanks to technology and the dynamics of our economy, a low-income person today would have creature comforts that would exceed the wealthiest of Americans 100 years ago, yet the suffering is greater today because our culture and our political leadership have robbed them of the why of America, our purpose.
They have transformed the American dream that gave us purpose and hope, and made suffering much less bearable.

If all we do this weekend is offer Americans a better way to get more stuff> in hopes that this will dull their pain, we and America will lose. Face it: The Left can always promise more stuff and make it sound like they care more, because they make it easier for Americans by providing the stuff for them through government programs paid for by somebody else’s money.


Please watch the whole thing. It is an excellent speech. Rick Santorum has a winning message that transcends people of all races, economic backgrounds, beliefs and across generations.

I am totally psyched! This is awesome!!! We now have a new Pope. Kevin and I have been glued to the TV watching in excitement awaiting the announcement of who is the new Pope. The College of Cardinals chose Cardinal Jorge Mario Bergoglio to be the 266th Pope. He has chosen the name Francis I. Our new Pope is Pope Francis I. Awesome!! Totally awesome!!! Pope Francis I is from Argentina. He is the first non-European, first South American, and first Jesuit Pope. Magnificent!! May the Holy Spirit guide him as he leads the Catholic Church. God Bless him. 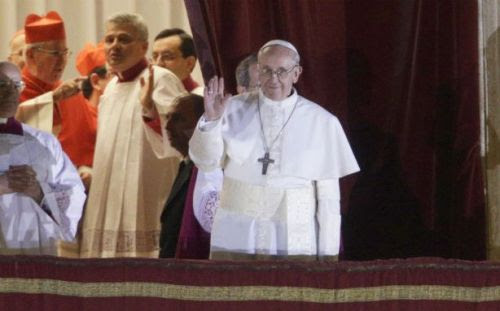 Open Thread: Should Small Pocketknives Be Permitted On Board Planes? 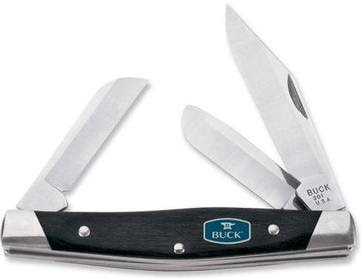 The TSA just relaxed the rules on what is permitted on board planes. Now we are allowed to bring small pocket knives and some sporting equipment such as ski poles or lacrosse sticks. Are you in favor of the TSA's decision to allow small pocket knives on board? Do you think this makes flyers safer? Or do you think this is riskier? The Coalition of Flight Attendant Unions and George Randall Taylor, head of the air marshal unit of the Federal Law Enforcement Officers Association, have spoken out against this new policy, specifically against allowing small knives on board during flights.


Small pocketknives and an array of sporting equipment — banned from aircraft cabins in the wake of the September 11, 2001, terrorist attacks — will once again be allowed in U.S. planes, the head of the Transportation Security Administration said Tuesday.

Knives with blades that are 2.36 inches (6 centimeters) or shorter and less than a 1/2 inch wide will be permitted on U.S. airline flights as long as the blade is not fixed or does not lock into place. Razor blades and box cutters are still not permitted.

I think it was determined that at least some of the 9/11 hijackers used utility knives. Don't utility knives lock into place? If so, they still wouldn't be allowed on board. Although I am also unsure as to why a knife that does or does not lock into place would determine whether it's allowed on the plane. I mean I thought pocketknives had a lock position as well as an unlocked position. Although, I'm sure there are many different kinds of pocketknives.
Posted by Teresa at 3/09/2013 07:33:00 PM 6 comments:

The progressives have co-opted and perverted the true meaning of social justice. Anyone who actually does fully grasp what the term social justice means in its entirety knows that true social justice must start with the most vulnerable in our society, the unborn babies in the womb.

The bishops in the U.S. have outlined the main principles of social justice:

Jesus showed us how to put our faith into action. We are called to put our faith into action by feeding the hungry, clothing the naked, visiting those in prison, and protecting the most vulnerable in our society. This is what true social justice is all about. Speakers at the 2011 Students for Life of America's National Conference tells us a bit about one aspect of true social justice.

But two speakers at the 2011 Students for Life of America’s (SFLA) National Conference, speaking to a crowd of 1,800 pro-life youth, helped set the record straight, arguing that true social justice has the courage to face the victims in our midst that others won’t acknowledge: the mother and unborn child scheduled for an abortion.

“Being pro-life should be at the very top of the social justice list,” said SFLA Executive Director Kristan Hawkins.

“Psychologists will often refer to a woman who’s considering having an abortion like a person who’s depressed and considering suicide: she can only see the supposed solution in front of her,” continued Hawkins. “There’s nothing to the left and nothing to the right.

“Social justice is about changing what’s at the end of the tunnel for that woman. Not just telling her that she should be pro-life and to get on a different track.”

This, she said, is “real social justice” - unlike the counterfeit advocated by the abortion business.

The key to restoring “balance and harmony to people and communities,” is to restore relationships, particularly family relationships, that provide the support women need more than material help, she said.

“Baby booties don’t put food on the table for her. We have to talk to a scared young mom. We have to understand exactly what she’s going through and the real nature of her problem. And with her, by talking to her, we will find the best solution.”

“Planned Parenthood tells that woman, nope, can’t do this. You can’t be a mom and be in school and have a productive career. But when you have the opportunity to say to her, ‘yes,’ yes, you can carry that child ... you will save lives!”

“Bella” producer Jason Jones reflected on the popularity on college campuses of other “social justice” issues, such as environmental causes, which he said take “zero courage” to support.
“How much courage does it take to speak out against clubbing baby seals at the University of Miami?” he asked the crowd, many of them leaders and members of pro-life campus groups across the U.S. “Who do you know that’s clubbing baby seals?

“But your classmates, every day when you go to class, you’re looking at somebody who has had an abortion recently or will soon be considering an abortion. So it takes real courage.”
Those who fight for the unborn on campus, he argued, are the true leaders of today’s social justice: to illustrate this, Jones asked the audience to recall the most chilling display in the U.S. Holocaust Memorial Museum: the pile of victims’ shoes.

“[In] their society ... somebody said, ‘people to the left, shoes to the right.’ And they destroyed the people that have incomparable worth, and they saved shoes, bits of leather that were practically worthless,” said Jones. “It said it all. Is our culture much different? We say, ‘baby to the left, college education to the right.’”

Big Balls and One Enormous Sinkhole


A 36-year-old man disappeared Thursday night after a sinkhole opened up underneath his bedroom in Florida, authorities said.
Right after the ground started to give way in his home in Brandon, the man's brother frantically tried to keep him from sinking into the hole, an emergency official said.

An enormous sinkhole opened up under the bedroom of a house in Florida and the man fell into the hole as the ground collapsed underneath him. I can't even imagine what I would be feeling if I saw my brother sucked into a huge sinkhole and wasn't able to find him - wasn't able to save him - because the sinkhole was still growing. That is horrible! Unbelievable! And so tragic. My heart goes out to the victim's family. They are in my thoughts and prayers.