Love the awesome singing!
A Soulful Gospel Choir Makes Believers Out of the Judges! from neids on GodTube.

The power of the Crown has increased, is increasing, and ought to be diminished.

Motion passed in the House of Commons, 1780 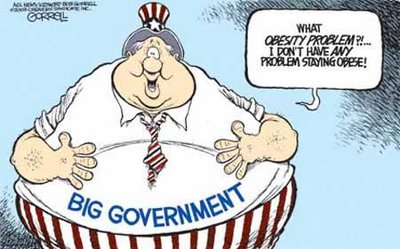 The same can be said of the all expansive federal government today.

The power needs to return to the people.  When citizens fear their government tyranny is thrust upon them. When a government fears their people then liberty lives on. The Executive and Judicial branches of our government needs a considerable reduction in power. All three branches are corrupt but both the Judicial and Executive branches have subverted the Constitution and abused their powers IMO.

Any ideas on how to shrink overreaching powers and clean house in the federal government?

Any creative ideas on how to advance the cause of liberty?

My thoughts On Immigration 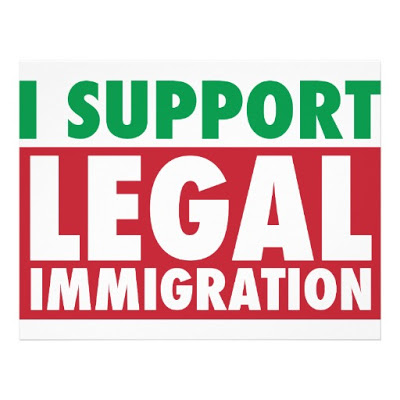 Our immigration system is broken for two reasons. The U.S. doesn't enforce the border laws that are already on the books and we don't have enough immigration agents so it ends up taking quite a lengthy time for immigrants to become U.S. citizens.

There are a few different subgroups within the group of illegal immigrants.  There are people who overstayed their visas, people who could be on a guest worker program, and others who crossed our border and knowingly violated the law(s). I don't see passing an immigration bill as an all or nothing proposition.

At the very least I believe all of the illegal immigrants need to pay a fine.

Regardless the borders need to be secured so we don't have millions more illegal immigrants crossing the border into the U.S. 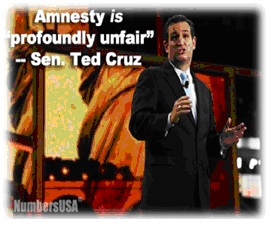 Sarah Palin says there are big holes in the amnesty bill.  I agree. Here is her article:

Just like they did with Obamacare, some in Congress intend to “Pelosi” the amnesty bill. They’ll pass it in order to find out what’s in it. And just like the unpopular, unaffordable Obamacare disaster, this pandering, rewarding-the-rule-breakers, still-no-border-security, special-interests-ridden, 24-lb disaster of a bill is not supported by informed Americans.I am an ardent supporter of legal immigration. I’m proud that our country is so desirable that it has been a melting pot making a diverse people united as the most exceptional nation on earth for over two centuries. But I join every American with an ounce of common sense insisting that any discussion about immigration must center on a secure border. The amnesty bill before the Senate is completely toothless on border security.
It's beyond disingenuous for anyone to claim that a vote for this bill is a vote for security. Look no further than the fact that Senator Rubio and amnesty supporters nixed Senator Thune’s amendment that required the feds to finally build part of a needed security fence before moving forward on the status of illegal immigrants who’ve already broken the law to be here. And if shooting down the border fence wasn't proof enough, they blew another chance by killing Senator Paul’s “Trust But Verify” amendment which required the completion of a fence in five years and required Congress to vote on whether the border is actually secure before furthering any immigration measures. And then they blew it yet again, nixing Senator Cornyn’s “Results” amendment, which also required border enforcement standards. Now the Senate’s pro-amnesty crowd is offering a fig leaf to security via the Corker-Hoeven Amendment, but this is really nothing more than empty promises. It’s amnesty right now and border security… eh, well, someday.
If this bill was genuinely concerned with border security, it might include practical solutions for those states that live with the problem every single day. Pass-through grants could be given to border states to actually build a fence. The most responsive and responsible level of government is the most local, and since governors accept pass-throughs all the time, this is a workable solution. We could also free up more federal lands along the border to be privatized. The farmers and ranchers would have a clear incentive to keep their private property secure from the flow of illegal immigrants and/or other illegal activities trafficked across the border onto land they’d cultivate. There are plenty of other commonsense solutions, but this bill isn’t about fixing problems; it’s about amnesty at all costs. 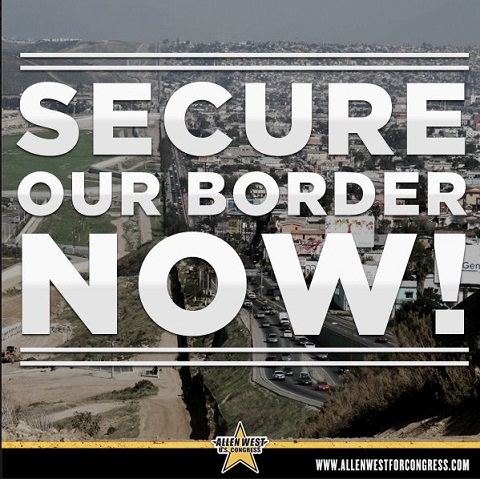 Is there still a “war on terror”?  President Obama has given mixed messages on this.  A couple weeks ago the President declared the “War On Terror” over.   The Obama administration called the shooting at Ft. Hood “workplace violence” even though Hasan yelled Allahu Akbar before going on his shooting rampage at the military base. Nidal Hasan plans to argue that the shooting was in defense of the Taliban. Sound like terrorism, anyone? From the beginning the Obama administration has renamed the “Global War On Terror” Overseas Contingency Operations.  I guess the peace prize president didn’t want to sound warlike. Or something like that.  On the other hand President Obama sent drones overseas to pick off terrorists, among them were four Americans.
Now we have a huge NSA leak which revealed spying on the American people on a massive scale.  Is the guy who leaked this information a traitor or a patriot?  If the spying domestically on this massive scale violates our privacy rights and is unjust then I consider the guy to be a patriot.  Now citizens can have an important conversation as to security versus privacy, and how much of our privacy should we be willing to give up for national security purposes.  If the “war on terror” is over why has Obama doubled down on and expanded Bush’s policies?

In a magnificent, moving speech Louisiana Rep switches to GOP; urges others to leave 'the government plantation' too

"As a novelist, Daniel Suarez spins dystopian tales of the future. But on the TEDGlobal stage, he talks us through a real-life scenario we all need to know more about: the rise of autonomous robotic weapons of war. Advanced drones, automated weapons and AI-powered intelligence-gathering tools, he suggests, could take the decision to make war out of the hands of humans."

I can see what Daniel Suarez is saying about robots taking the humanity out of war but if we can decrease the number of casualties maybe using drones or other types of robots would be a better alternative than sending humans off to war with the possibility of being killed.  Soldiers shoot enemy soldiers/terrorists in war. Do the people who are shooting really think about who they're shooting, especially in a situation where it is self defense in wartime? I don't know, that's why I'm asking. Is it realistic to think that a human person would change his mind about shooting another individual who is the enemy?  That probably depends on the situation but I would suggest in most situations our soldiers would not stop pulling the trigger.

The soldier is put at risk in war zones but he knowingly in an act of courage puts him/herself at risk when he or she signs up to be in the military and goes off to war. But does this mean that our soldiers should be put at risk needlessly if there is another, better option to fight the enemy like robots or drones?  Do you honestly think that a rogue nation like Iran or a rogue lawless people like members of Al Qaeda are going to follow a global treaty? Should we not make use of technological advances?  Is it possible for an autonomous drone/robot to differentiate whether a particular body is an ally or the enemy? Maybe it can be programmed to distinguish the difference between the two but to me this is would be impossible. This is one reason I think it is unlikely that there will be autonomous robots in the near future, or ever.  To me it seems like there will always be a necessity for a human behind the robot to make the decision whether to kill or not to kill.

Should we currently be using drones at all to assist us in war even with a human being behind the kill decision?

A President Sarah Palin Would Not Have Done... 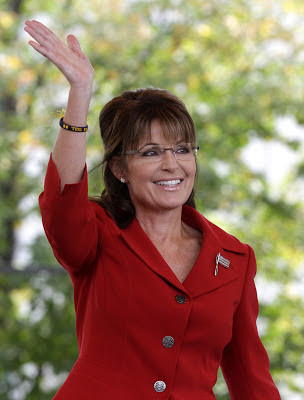 Donald R. McClarey posted a list of What President Palin Would Not Have Done which was originally posted by Moneyrunner from The Virginian. I totally love it! I am reposting that list here.

Here are things that President Palin would not have done:

Labels: President, Sarah Palin, The American Catholic, would not have done


"It is not, what a lawyer tells me I may do, but what humanity, reason, and justice, tell me I ought to do."


Just because we may do something doesn't make that something right.  That is why I am against unfettered liberty, liberty without morality.
Posted by Teresa at 6/15/2013 01:03:00 PM 19 comments: 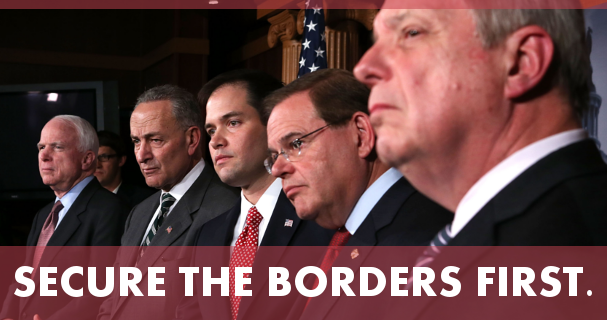 
Yes, our immigration system is broken. Securing our borders is a must before a pathway to citizenship is created and instituted for these undocumented immigrants. We need to reduce the deficit and debt, not add to it. The only way that this bill would not add to the deficit/debt is if higher taxes were implemented to fund this immigration bill. Even then, it is probable that this immigration bill would require a combination of added debt and higher taxes. Taxes are too high as it is so that is unacceptable. Accountability is a necessity.  If community organizations are in charge of implementing certain parts of this bill then accountability would be impossible.

Here Ginni Thomas interviews the former New York lieutenant governor Betsy McCaughey on the "gang of eight" immigration bill.  And, yes, believe it or not she has actually read the bill.

Pamela Geller On TrentoVision Defending Freedom Of Speech Against Islamofascism

Love it!!! It is awesome that Martha Maccallum called out the rest of the media for being derelict in their duty, and the biggest hypocrites.  You can be darn sure if a Republican president (which he/she wouldn't have been that dumb or lackadaisical in their responsibilities as Commander-in-Chief) had allowed the same situation to happen in Benghazi that happened on Sept. 11, 2012 under Obama then the Ministry of Progressive Propaganda would be harping all over Benghazi, demanding answers and a witch hunt would have ensued.  It would be nice if the newscasters actually reported the news, the facts as they are, whether or not it reflected badly on the president, Republican or Democrat exposing the truth is most important.

Here are a few cartoons: 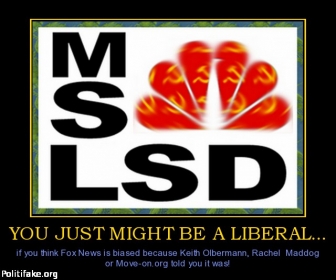 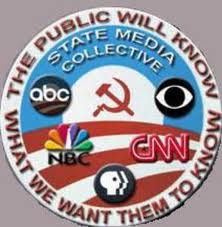 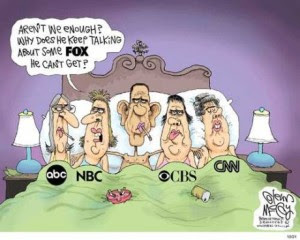 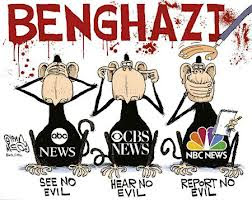 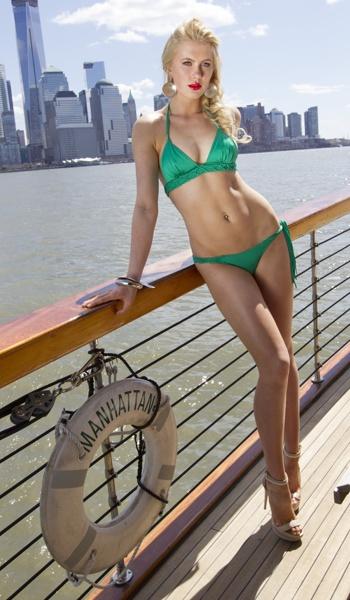 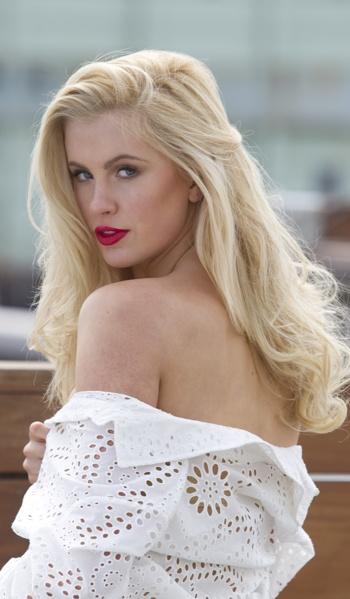 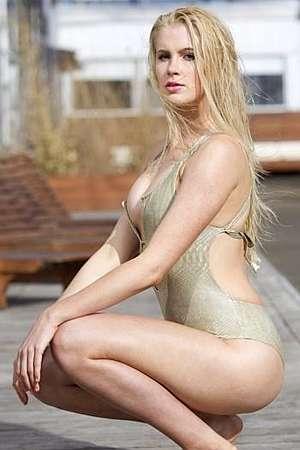 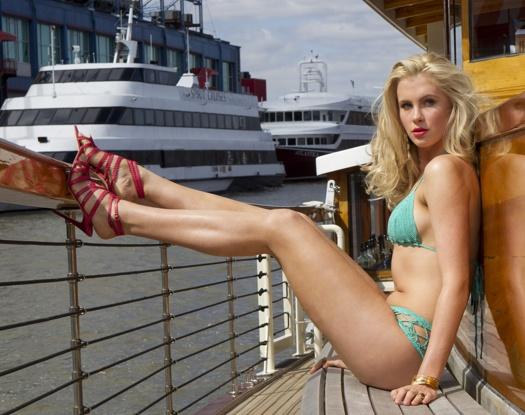 The Camp Of The Saints -- Hannah Claydon