My pain has been awful today so I'm just going to post some links and news.

A few days ago there was a relic with some of Pope John Paul II's blood on it that was stolen.  That takes a special kind of devious deliberate criminal.
http://www.ucanews.com/news/thieves-make-off-with-relic-stained-with-blessed-john-paul-iis-blood/70166

Barack Obama delivered The State of the Union address last night.  He promised to use unilateral action - the power of the pen - going around Congress whenever they don't follow his command and do what he wants. Sounds like a petulant child to me.  There are checks and balances for a reason. The House is stopping the President's ever growing expansion of big government, the federal government's power.
http://www.politico.com/story/2014/01/state-of-the-union-2014-address-barack-obama-102752.html

Appearing on MSNBC( the channel full of bullsh*t) Pelosi said, "We did not treat President Bush this way."
I agree. Pelosi and the Democrats treated Bush worse than the opposition is treating Obama now.  Pelosi is full of sh*t too so it is appropriate that she appeared on MSNBC.
http://townhall.com/tipsheet/greghengler/2014/01/28/pelosi-we-did-not-treat-president-bush-this-way-n1786240?utm_source=thdailypm&utm_medium=email&utm_campaign=nl_pm

American Perspective -- Obama needs to explain himself on NSA

How It Should Have Ended: Desolation of Smaug, World War Z, and Iron Man 3

Labels: Desolation of Smaug, How It Should Have Ended, humor, Iron Man 3, movies, The Hobbit, World War Z

Will rise of the robots bring 'Jobocalypse' ?

Experts are predicting that robots are going to take over a variety of manual jobs in the next 30 years.  They are predicting that if you work as a bartender, farm hand, factory worker, babysitter, or a burger flipper YOU will either lose your jobs or your hours will be cut.

Scientists at the University of Cambridge have warned against robots intelligence from exceeding humans' intelligence.

Lord Martin Rees, Emeritus Professor of Cosmology and Astrophysics at the University of Cambridge, and the Astronomer Royal, believes robots have two very different roles. 'The first is to operate in locations that humans can't reach, such as the aftermaths of accidents in mines, oil-rigs and nuclear power stations.,' he says.'The second, also deeply unglamorous, is to help elderly or disabled people with everyday life: tying shoelaces, cutting toenails and suchlike.'However, he advocates limiting their intelligence, stopping them doing more advanced jobs.'I think we should ensure that robots remain as no more than 'idiot savants' – lacking the capacity to outwit us, even though they may greatly surpass us in the ability to calculate and process information.'


1. BARMAN: THE MOOD-SENSING BOT THAT WILL MIX YOU A DRINK... AND CAN DETECT IF YOU NEED TO MAKE IT A DOUBLE

+14
The touchscreen on the robot allows users to browse through the 300-strong cocktail list and choose how strong they want their drink, from 'lightweight' to 'boss'

2. BABYSITTER: THE INTERACTIVE BOT THAT CAN LOOK AFTER CHILDREN

+14
Kibo (pictured), is a robot designed to keep astronauts company in space and is currently undergoing trials. It is expected to eventually be used with children and the elderly

+14
Kibo in the laboratory with its creators. Astronauts aboard the ISS are already taking part in trials with Kibo, which is designed to keep them company in space


3. MUSICIAN: THE ROBOT BAND THAT CAN RECREATE YOUR FAVOURITE SONGS PERFECTLY EVERY TIME

4. CROP-PICKER AND FARM HAND: DROIDS THAT CAN HARVEST GRAPES, ROUND UP CATTLE - AND EVEN KILL

+14
The trundling Wall-Ye robot gets to work picking grapes near Chalon-sur-Saone, France

+14
Wall-Ye draws on tracking technology, artificial intelligence and mapping to move from vine to vine


9. POSTMAN: DRONES THAT KNOW WHAT YOU'VE BOUGHT - AND WILL BEAT YOU HOME WITH IT

Here you can view more information on additional careers which could be taken over by robots.

'I believe we are the inflection point where robotics are going to change everything you know and do,' says Ben Way, author of Jobocalypse, a book about about the rise of the robots, told MailOnline.

The postman drone sounds good. No long waits for packages. I don't think music bots are going to replace humans. The bots need big improvement on sounding like your favorite songs. Somehow I think parents would be leery of leaving children with a robot.
Posted by Teresa at 1/23/2014 02:32:00 PM 4 comments:

The homosexual gestapo espouses hateful, extremely offensive views and demands tolerance while displaying the worst intolerance toward anyone that holds a different point of view.  The words civil and respect aren't apart of their vocabulary.  The homosexual mafia have harassed Trestin, his family, and friends. Below you will see how horrendously the homosexual gestapo has treated Trestin. 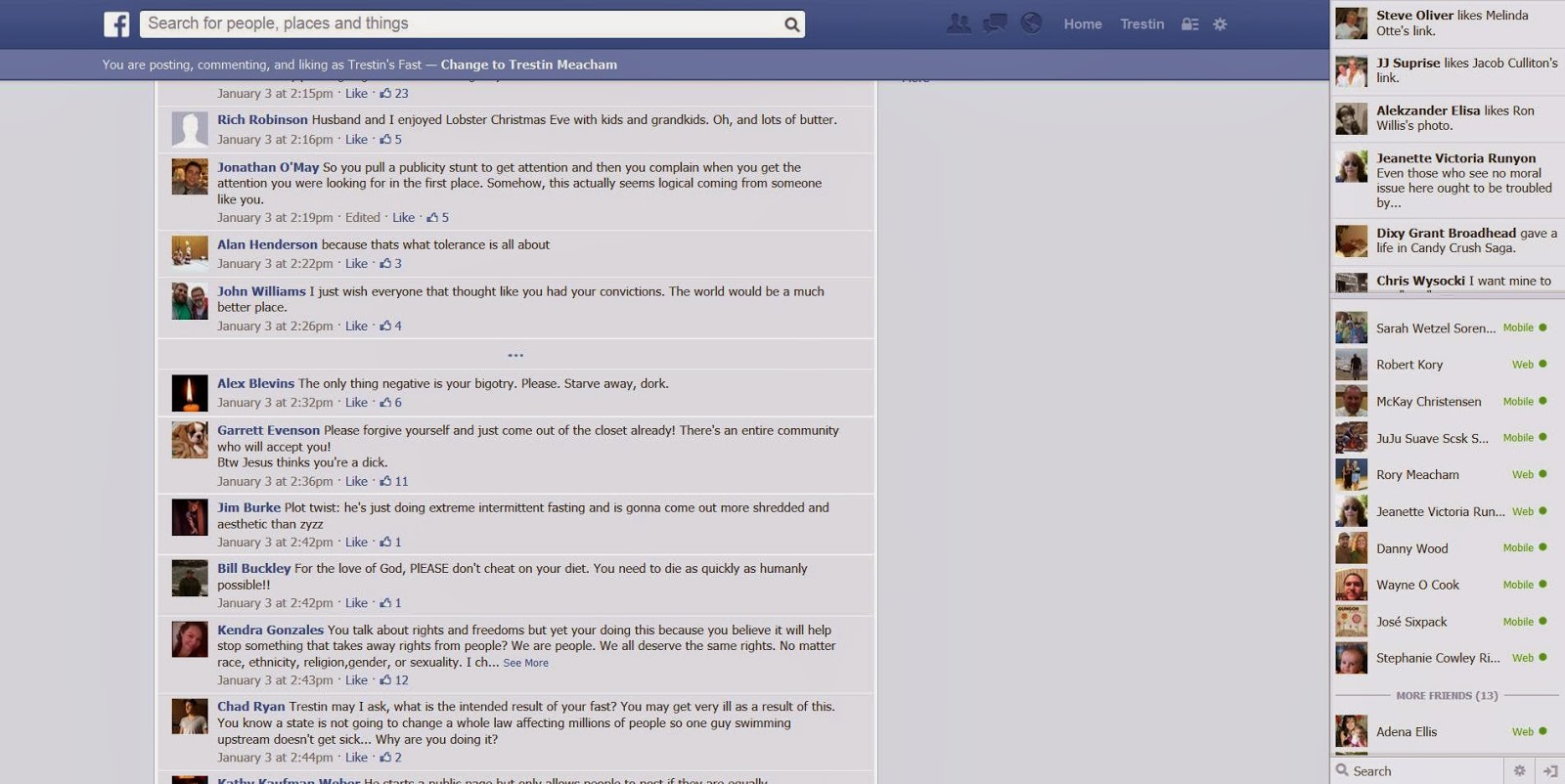 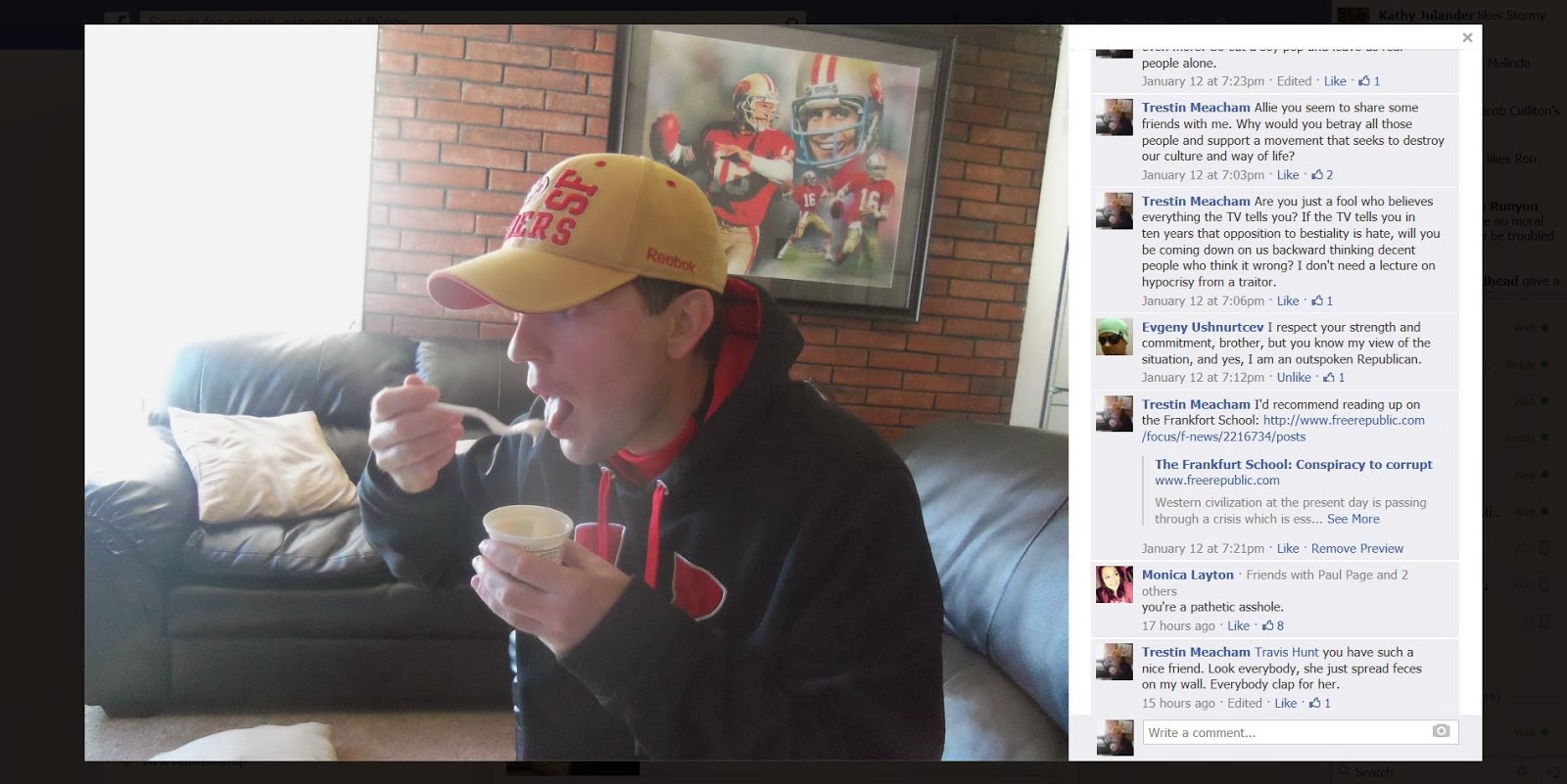 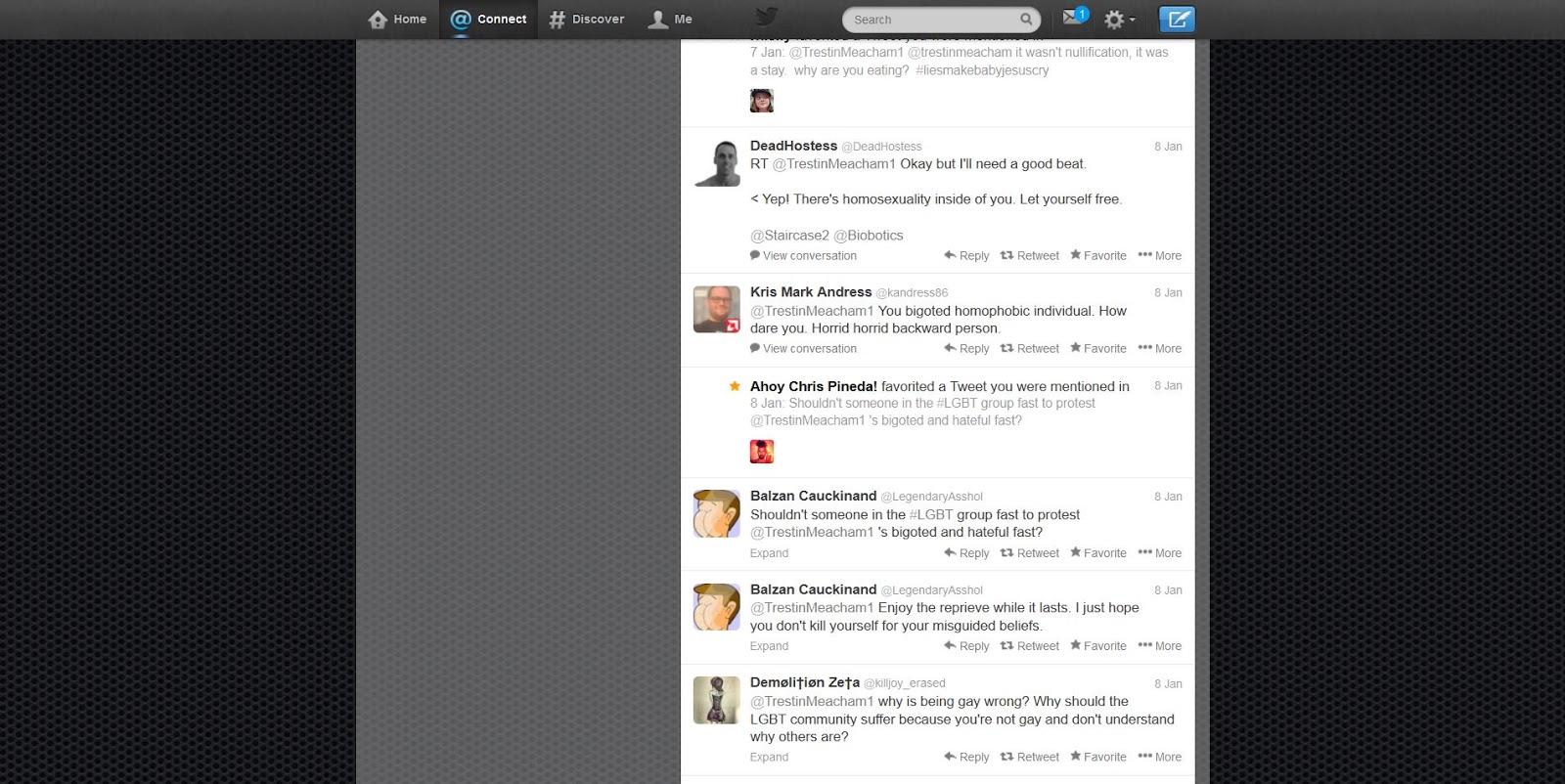 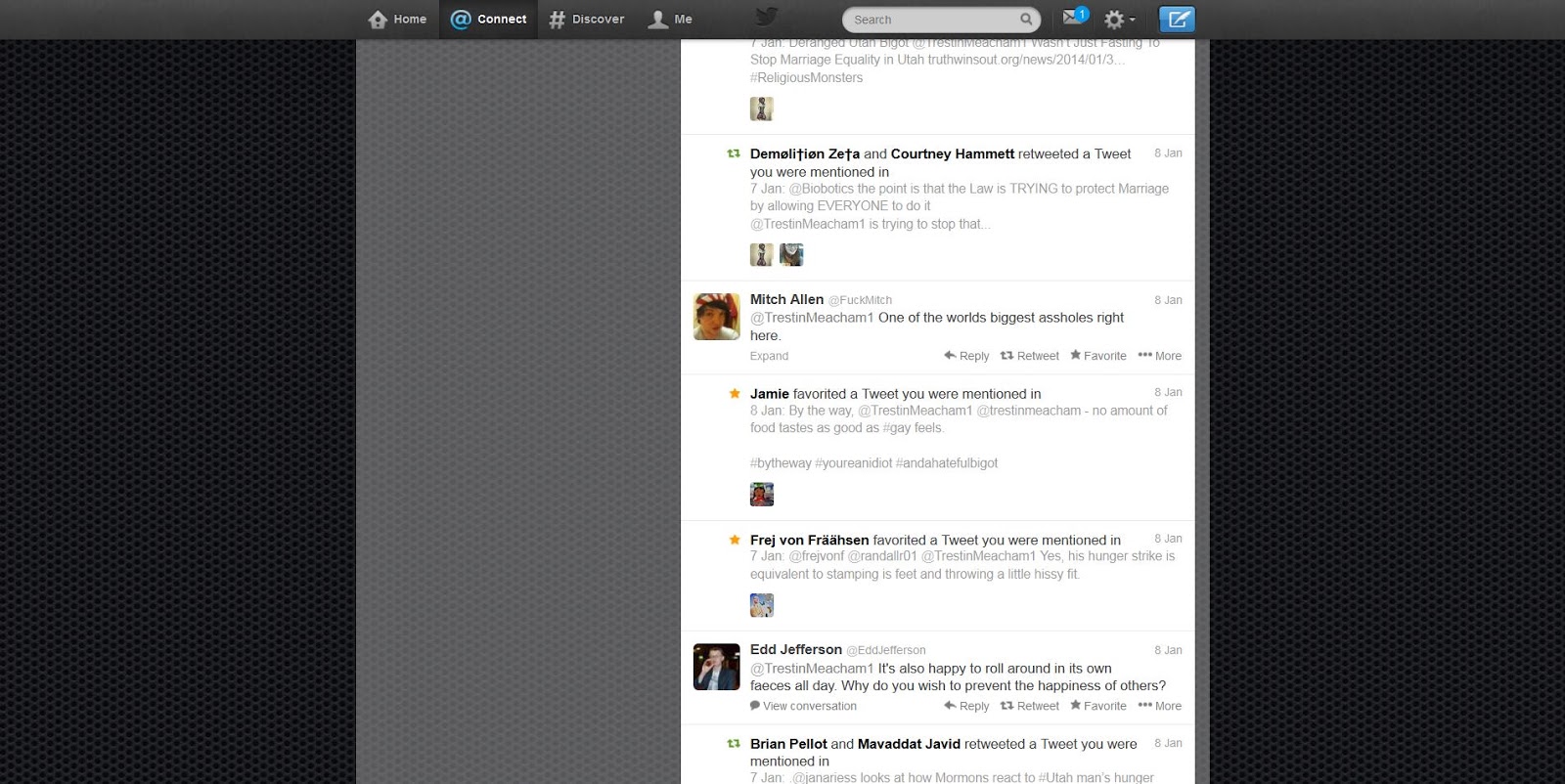 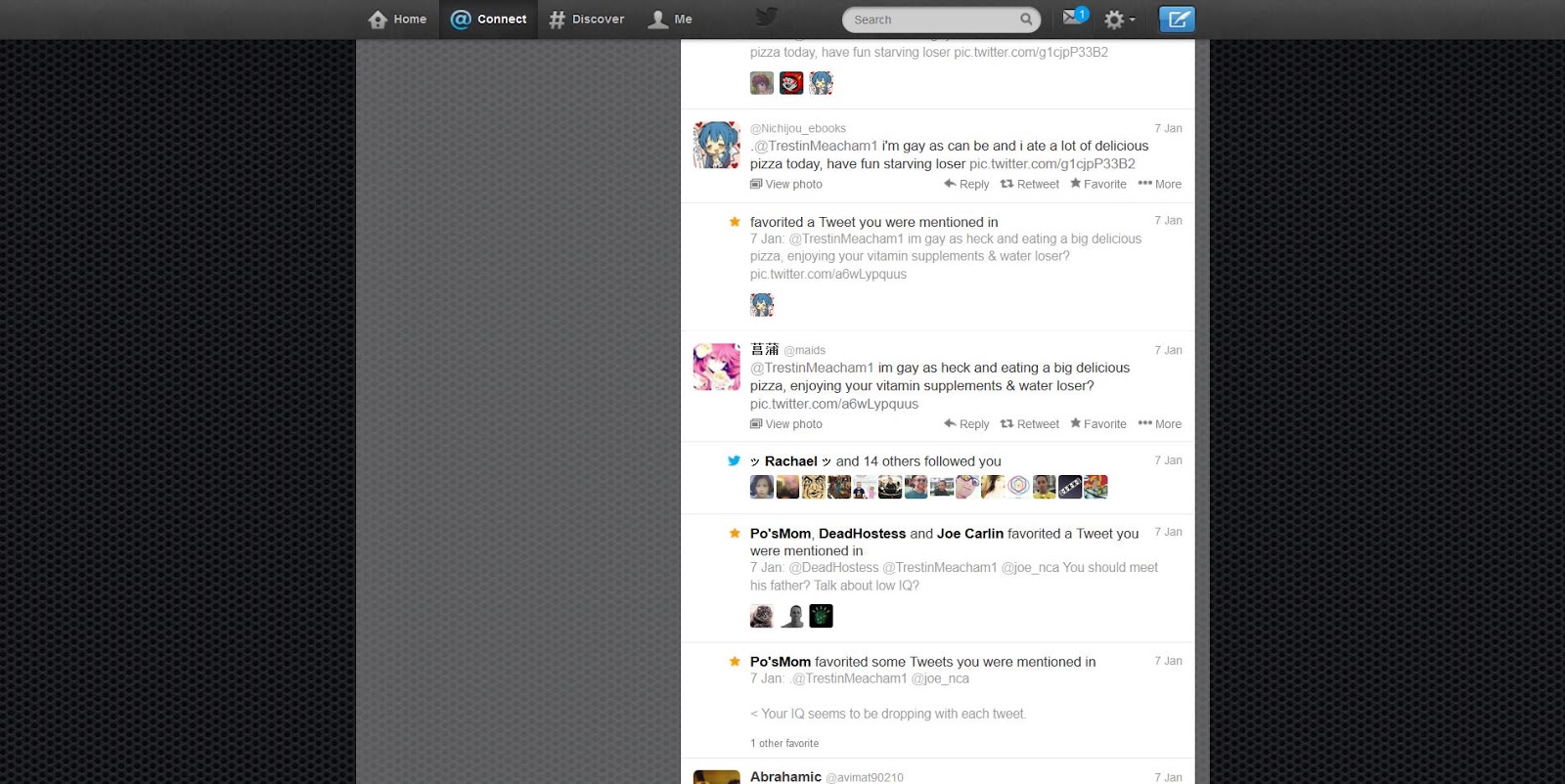 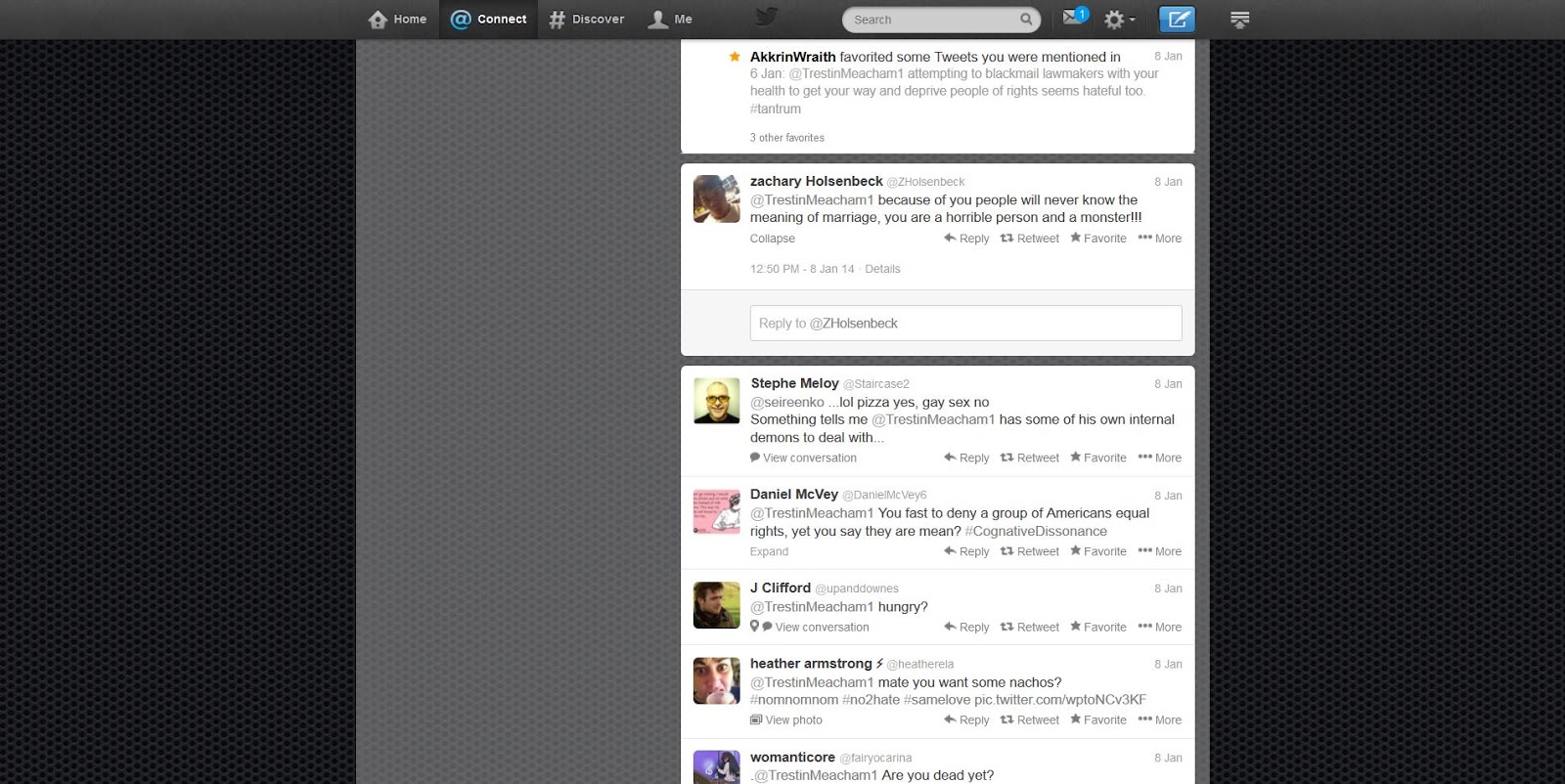 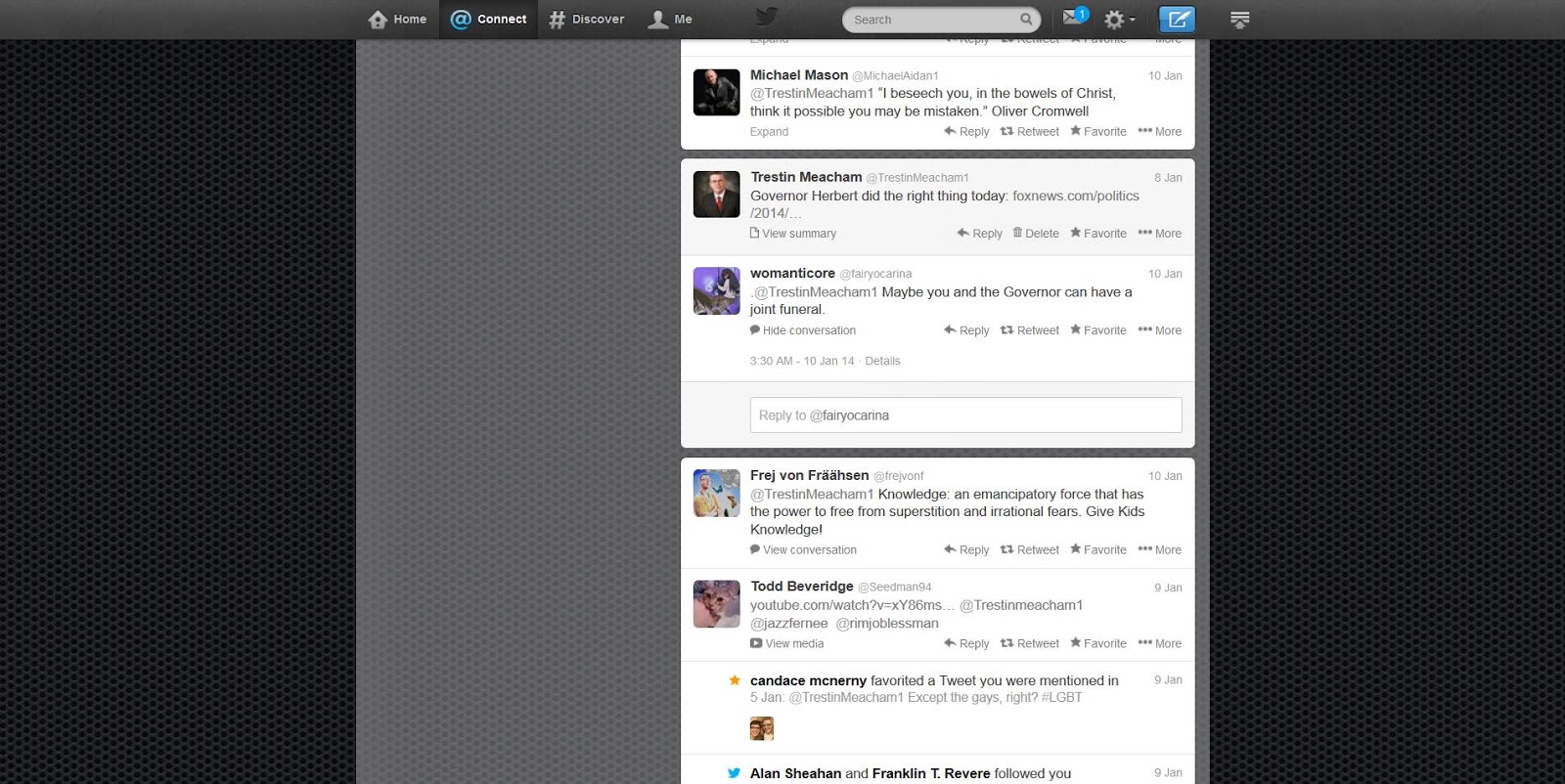 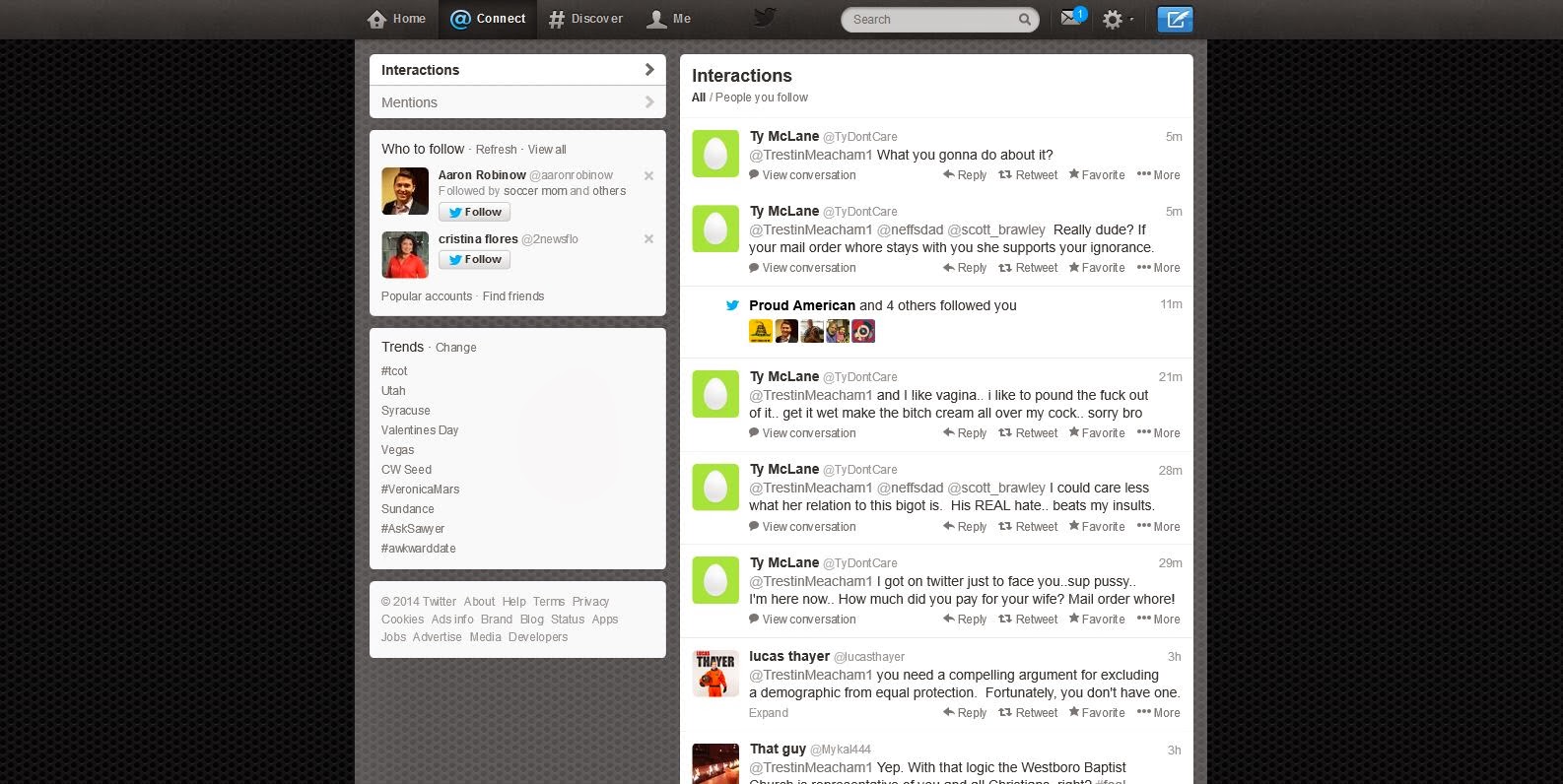 The homosexual gestapo has perverted the meaning of tolerance and bigotry.  It is sad how homosexualists and many others treat evil as good and good as evil. Their morals are a$$ backwards. In all actuality the homosexual gestapo is demanding approval cloaked in what they claim is tolerance. They are demanding approval of their sexual escapades in the bedroom.  So much for their mantra stay out of our bedroom. Thank you Trestin for being principled and standing up for traditional timeless values.

At The Movies: 'Lone Survivor'

The movie 'Lone Survivor' is a tribute to all men and women serving in the military, especially ones serving or who have served overseas. This movie looks outstanding and I will definitely be seeing it soon. I absolutely love how it honors the brave men and women who stand up and defend our freedom. Here is a review from Patheos:

Nothing quite encapsulates America’s ambiguity, discomfort, and pride in the wars in Afghanistan and Iraq as well as the true stories of soldiers home from the field.
Lone Survivor, a story of a factual anti-Taliban mission gone wrong in the hills of Afghanistan, is based on the memoir of the same name. It is gripping and powerful, although hard to watch, and can stand alongside powerful movies like Zero Dark Thirty, The Hurt Locker, and the Somali mission movie Blackhawk Down.
As the spearhead of a larger mission to take out a top Taliban commander, the military drops four Navy SEALs into a rugged, rural, mountainous part of Afghanistan: Marcus Luttrell (Mark Wahlberg, who also produced the film), Michael Murphy (Taylor Kitsch), Danny Dietz (Emile Hirsch), and Matt Axelson (Ben Foster).
They four warriors are hidden on a deserted mountainside waiting for the next  in their exquisitely planned mission when unpredictable Afghanistan strikes. A band of goat herders stumble on their hiding place.
The highly trained SEALs have no problem taking the three goat herders into custody, but the question of what to do with them is harder. The old man and young boy are clearly no immediate threat, but the teenage boy seethes with a rage that needs no translation. They know without speaking the language that his freedom would mean their exposure to the Taliban militia in the valley below.
With communication gear on the blink and no means to detain the herders, they must decide what to do.
What would you do?  Review continues here.
Three of the costars of 'Lone Survivor' were on the show The Talk on Friday.  The actors tell how they were affected in portraying the four Navy SEALs in the movie. It is a great interview.


Cafeteria Catholicism exposed!! Catholics must adhere to doctrinal beliefs. The belief that marriage is solely between a man and a woman and the belief that the use of contraception is intrinsically evil are doctrinal issues, and are NOT matters of prudential judgment.  It ticks me off how utterly smug, arrogant, and disrespectful Sean Hannity is to Fr. Euteneuer, a priest.

We obviously need to introduce the notion of fiscal responsibility to Congress.  There are so many programs and items that are funded by the federal government that need to be sent back to the states, districts, or counties to fund. Whenever Congress, federal and local governments propose spending our money and raising taxes Congress, teachers, and government officials need to ask themselves at least this one question: Is this item or monetary increase absolutely necessary that it is a must to require my neighbor, friends, and family to reach down deeper in their pockets and pay more in taxes?