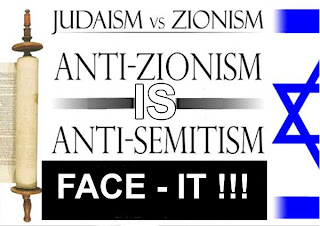 A Pennsylvania group has made the claim that the Internal Revenue Service is targeting Pro-Israel groups. Well…. Could discrimination against Israel be possible? Well, let’s take a look at the Obama administration’s track record of their treatment (mistreatment?) of Israel and Israel’s Prime Minister. . Let’s take a look at some of this administration’s anti-Israel policies.

Nile Gardiner of The Telegraph points out Barack Obama’s top ten insults against Israel:
1. Obama’s humiliation of Benjamin Netanyahu at the White House
In March, the Israeli Prime Minister was humiliated by Barack Obama when he visited Washington. As The Telegraph reported, “Benjamin Netanyahu was left to stew in a White House meeting room for over an hour after President Barack Obama abruptly walked out of tense talks to have supper with his family”, after being presented with a list of 13 demands.

2. Engaging Iran when Tehran threatens a nuclear Holocaust against Israel
In contrast to its very public humiliation of close ally Israel, the Obama administration has gone out of its way to establish a better relationship with the genocidal regime of Mahmoud Ahmadinejad, which continues to threaten Israel’s very existence. It has taken almost every opportunity to appease Tehran since it came to office, and has been extremely slow to respond to massive human rights violations by the Iranian regime, including the beating, rape and murder of pro-democracy protesters.

3. Drawing a parallel between Jewish suffering in the Holocaust with the current plight of the Palestinians
In his Cairo speech to the Muslim world, President Obama condemned Holocaust denial in the Middle East, but compared the murder of six million Jews during World War Two to the “occupation” of the Palestinian territories, in a disturbing example of moral equivalence:
“On the other hand, it is also undeniable that the Palestinian people – Muslims and Christians – have suffered in pursuit of a homeland. For more than sixty years they have endured the pain of dislocation. Many wait in refugee camps in the West Bank, Gaza, and neighboring lands for a life of peace and security that they have never been able to lead. They endure the daily humiliations – large and small – that come with occupation. So let there be no doubt: the situation for the Palestinian people is intolerable. America will not turn our backs on the legitimate Palestinian aspiration for dignity, opportunity, and a state of their own.”

4. Obama’s attack on Israeli “occupation” in his speech to the United Nations
In his appalling speech to the UN General Assembly last September, President Obama dedicated five paragraphs to the Israeli-Palestinian conflict, without once referring directly to Palestinian terrorism by name, but declaring to loud applause “America does not accept the legitimacy of continued Israeli settlements.” He also lambasted the Israeli “occupation”, and drew a connection between rocket attacks on Israeli civilians with living conditions in Gaza. The speech served as a ghastly PR exercise aimed at appeasing anti-Israel sentiment in the Middle East, while bashing the Israelis over the head.

5. Obama’s accusation that Israel is the cause of instability in the Middle East
As The Wall Street Journal noted, “the Obama Administration seems increasingly of the view that Israel is the primary cause of instability in the Middle East”, citing a recent press conference where he stated:
“It is a vital national security interest of the United States to reduce these conflicts because whether we like it or not, we remain a dominant military superpower, and when conflicts break out, one way or another we get pulled into them. And that ends up costing us significantly in terms of both blood and treasure.”

6. The Obama administration’s establishment of diplomatic relations with Syria
While actively appeasing Iran, the Obama administration has also sought to develop closer ties with the other main state sponsor of terrorism in the Middle East, Syria, establishing diplomatic relations with Damascus in February. Syria remains a major backer of Hamas and Hizbollah, both responsible for a large number of terrorist attacks against Israel.

7. Hillary Clinton’s 43-minute phone call berating Netanyahu
As The Telegraph reported, Hillary Clinton sought to dictate terms to Israel in the wake of Vice President Joe Biden’s visit to Jerusalem:
“In a telephone call, Hillary Clinton, the US secretary of state, ordered Mr. Netanyahu to reverse a decision to build 1,600 homes for Israeli settlers in occupied East Jerusalem that sparked the diplomatic row. She also instructed him to issue a formal pledge that peace talks would focus on core issues such as the future of Jerusalem and the borders of a Palestinian state. In addition, the Israeli prime minister was urged to make a substantial confidence-building gesture to the Palestinians. Mrs. Clinton suggested this could take the form of prisoner releases, an easing of the blockade of Gaza and the transfer of greater territory in the West Bank to Palestinian control.”
Last time I checked, Israel was still an independent country, and not a colonial dependency of the Obama White House. Yet that still hasn’t stopped the Secretary of State from acting like an imperial Viceroy.

8. David Axelrod’s attack on Israeli settlements on “Meet the Press”
It is extremely unusual for a White House official to launch an attack on a close US ally on live television, but this is exactly what the President’s Senior Adviser David Axelrod did in an interview in March with NBC’s Meet the Press, designed to cause maximum humiliation to Israel, where he stated in reference to new settlement construction in East Jerusalem:
“This was an affront, it was an insult but most importantly it undermined this very fragile effort to bring peace to that region. For this announcement to come at that time was very destructive.”

9. Hillary Clinton’s call on Israel to show “respect”
As The Telegraph revealed, the Secretary of State lectured the Israelis at a dinner attended by the Israeli ambassador and the ambassadors of several Arab states in mid-April, urging Israel to “refrain from unilateral statements” that could “undermine trust or risk prejudicing the outcome of talks”. In Clinton’s words:
“Prime Minister [Benjamin] Netanyahu has embraced the vision of the two-state solution. But easing up on access and movement in the West Bank, in response to credible Palestinian security performance, is not sufficient to prove to the Palestinians that this embrace is sincere. We encourage Israel to continue building momentum toward a comprehensive peace by demonstrating respect for the legitimate aspirations of the Palestinians, stopping settlement activity and addressing the humanitarian needs in Gaza.”

10. Robert Gibbs’ disparaging remarks about Israel
Not one to shy away from criticizing America’s friends when the opportunity arises, White House Press Secretary Robert Gibbs entered the fray in an interview on Fox News Sunday with Chris Wallace in March where he attacked the Israeli government for weakening “the trust that’s needed for both sides to come together and have honest discussions about peace in the Middle East.” In condescending terms he stated that Benjamin Netanyahu should start “coming to the table with constructive ideas for constructive and trustful dialogue about moving the peace process forward.” 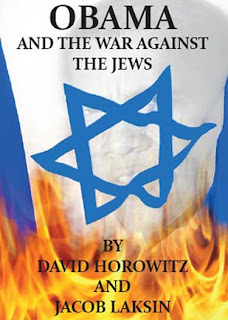 It would seem that the Obama administration has indeed shown some anti-Israel tendencies. The Obama administration has consistently displayed antipathy toward Israel and other allies of the United States while being quite cordial and accommodating to those countries we both named and treated as our enemies prior to Barack Hussein Obama taking Office. So, with knowing this information do you think its possible that the Obama administration would use the IRS to marginalize, pretty much blackball, and maybe even blackmail those companies who support Israel?  Is the Obama IRS demanding that these organizations renounce their support of Israel in exchange for gaining or keeping their tax-exempt status?


As part of the IRS’s consideration of the organization’s tax exempt status IRS agent Tracy Dornette asked these two questions of Z Street: "Does your organization support the existence of the land of Israel?" and "Describe your organization's religious belief sytem toward the land of Israel."  Z Street claims that the IRS is "carefully scrutinizing organizations that are in any way connected with Israel" and that "a special unit" is determining whether its activities "contradict the Administration's public policies.'"

Ben Smith of The Politico points out that the “IRS can deny tax exempt status to groups that work against "established public policy," a precedent established in its denial of a tax exemption to Bob Jones University over racial discrimination, and Z Street is suggesting that the IRS has begun applying some such policy to pro-Israel groups.”

Does the Obama administration’s "established public policy," consist of hostility to Israel, along with impeding both Israel’s right to exist and Israel's right to defend itself against its enemies?  It sure seems so. It is extremely scary when our President reverses sensible foreign policy initiatives with regards to both our closest allies and some of our most contentious and/or volatile enemies, destabilizes and causes tensions with our allies, while at the same time naively reaching out and negotiating with our enemies. 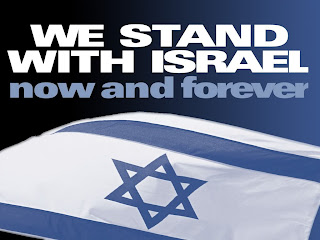 Good Post.
I took down the stamp post. I got took in with a e-mail hoax. I researched the USPS Stamps-Holiday and ALL Stamps. The only one was the reissue of one since early 90's.
I should have researched first.
None the less, the script is Arabic and most of us do not know what the message is.
Thanks for the visit and Comment, anyway.

This administration has been anti-Israel since day one.

These are the same people (the Obama Regime) who tell Israel to give up their land and show respect and then turn around in our country and will not ask Illegal Aliens, aka UNDOCUMENTED Immigrants, for a simple ID.

Hope you and your Readers had a Happy Thanksgiivng!