Oh My! Guess Who Got Illegal Money From HUD? 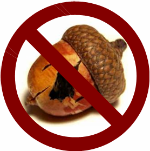 Oh My! Guess who got illegal money from HUD?  ACORN.  This is unbelievable! Yes, the same organization which was caught fraudulently registering voters and was also caught advising undercover reporters on how to evade tax, immigration, and child prostitution laws somehow managed to have federal money funneled to them by way of a grant from HUD.


A Judicial Watch investigation revealed that on March 1, 2011, HUD announced a $79,819 federal grant to ACHOA to “educate the public and housing providers about their rights and obligations under federal, state, and local fair housing laws.”

Make no mistake, ACHOA is ACORN. So this is a clear violation of the funding ban. But it is also an especially irresponsible waste of taxpayer funds considering the documented corruption at ACORN Housing/ACHOA.The Government Accountability Office issued a controversial and ridiculous advisory opinion in September 2010 stating that ACHOA is not an “allied organization” of ACORN and is therefore not subject to the funding ban. However, thegovernment’s website listing federal expenditures identifies the organization receiving this grant as “ACORN Housing Corporation Inc.” and even lists ACORN’s New Orleans, Louisiana, address. Moreover ACHOA maintains the same board of directors, executive director and offices as its predecessor, ACORN Housing Corporation, Inc.

The sneaker-in-chief does it again.  The Obama Department of Housing and Urban Development has gone behind the backs of Congress and issued a $79,819 grant to the Affordable Housing Centers of America (AHCOA) which is an offshoot of ACORN.  This is in violation of the ACORN funding ban passed by Congress, which was signed into law by President Obama in 2009.


The Government Accountability Office made the claim that ACHOA is not an "allied organization" of ACORN and therefore not subject to the funding ban. But the government's website tells a different story.

Yes, the Obama administration violated the law - the ACORN funding ban - which Obama signed into law.  This is friggin absurd. This is all smoke and mirrors from the Left.  Their strategy is to make you think that they are actually doing something good by signing the ACORN funding band into law, Then after that, they violated that law right under our noses. 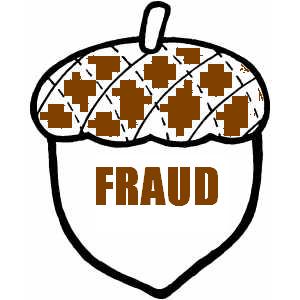 President Obama and Shaun Donovan, the Secretary of Housing and Urban Development under Obama, both have ties to ACORN which run deep.

Tom Fitton of Judicial Watch asks: Is the Obama gang ensuring that ACORN is around to help them again in 2012?”
Then he points out:

By the way, in 2011, HUD provided $40 million in grants to 108 “fair housing” organizations, representing a $13.2 million increase over the 2010 award. According to HUD’s press announcement, the general purpose of these grants is “to educate the public and combat housing and lending discrimination.” This funding of activist groups like ACORN Housing helped lead to our housing crisis. These socialist revolutionaries leveraged your tax dollars to press for government and mortgage policies that gave housing loans to people who couldn’t afford them. That led to the ongoing mortgage crisis.

You can see that the Obama administration is doing three bad things at once — funding a group barred by law from receiving funds, funding a group that has record of fraud, and funding a group and policies that have helped destroy the housing market (and depressed our economy). 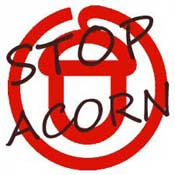 I really appreciate your posting this. Thanks!

No connection, but same Tax ID #.

Tip of the iceberg.