Ruth Bader Ginsburg Trashes U.S. Constitution; Says It's Not a Good Model for Other Countries...

Here is a pop quiz on the constitution: 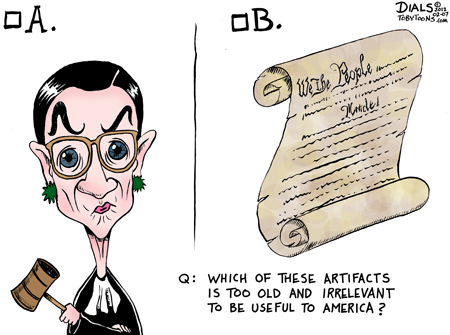 Oh come on Teresa, we all know the Constitution is just a guide.

So many now in the chorus to stuff the Constitution. Amazing insn't it.

she definitely step down...hopefully after Barry is gone, and a Republican president can appoint her replacement :)